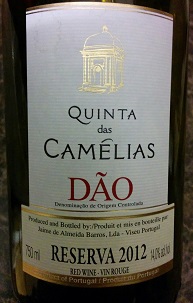 (April 13, 2016) ... It's pizza night and the start of the Stanley cup playoffs, game one Detroit vs Tampa - my Canadiens did not make it, after a stellar start to the 2015-16 campaign they, for lack of a better term "shit the bed" ... And we'll now I'm forced to go Detroit for as long as it lasts. Opened up something Portuguese that truly was a delight with black raspberry, spiced-plum, and cracked pepper. This wine has got some grip with those tannins that take on a blueberry skin finish with some cinnamon nuances.