This week I was going to talk about the crazy taxation that spirits producers have to pay (62%) which I find extra-ordinarily high (what did spirits producers do to piss off the government?) and how distilleries sometimes have no choice but to shut down … but I am a wine person, first and foremost, and the thing that really irked me this week is the upcoming (April 1) Vintages release and how the LCBO has decided, once again, to phone it in when it comes to promoting the best of Ontario – and I for one am getting sick of it.

Sure people will point to how they expanded access of wine and beer into grocery stores, but that’s more a reaction of a scared and flailing government than anything to do with the LCBO, in fact the LCBO opposed it.  Let’s be honest, the LCBO is lackadaisical, at best, when it comes to promoting Ontario wines, and they do it with such a blasé attitude it is embarrassing in the way they continue to absolutely fail the people of Ontario … let me explain and expand.

The main feature of the April 1, 2017 release is “Visionaries, Innovators and Pioneers” (VIP) – on a global scale - here you’ll see names you recognize and wineries that are household names (or one’s that should be) – people like Angelo Gaja (Italy), Ben Glaetzer (Australia), Ken Forrester (South Africa), Michel Chapoutier (France) and Nicolas Catena (Argentina) and for each they pair a wine to go along with them … I question the wine selection for these iconic wine luminaries, but what the hey, sometimes those iconic wines are sold out (icon wines do that) and you then have to go for secondary wines by those producers.

Then I reached the part with our local VIPs: Moray Tawse (true, a more recent member of the VIP club and in my opinion kind of an easy choice by the LCBO), even more lazy are the wines selected, far from what I would call his “iconic” ones; but that seems to be par-for-the-course in this release. Tawse makes single vineyard / single block wines that are “the bomb”, yet the LCBO chose a “Growers Blend” and a “Sketches” wine, seriously?

But the one that incensed me the most was Chateau des Charmes, not for the man they named, Paul Bosc Sr., who is a Visionary, Pioneer AND Innovator in Ontario, but the wine that was chosen to represent him: Cabernet Icewine?  When I saw that, you could have knocked me over with a feather; what happened to Gamay Noir Droit?  Single vineyard varietal offerings? Sparkling wine?  Or even Equuleus?  But instead of showing off these iconic / original table wines the LCBO goes for the easy layup of Icewine; which isn’t even what Bosc is known for (though he makes excellent versions of it), that honour should have gone to Inniskillin (Donald Ziraldo and Karl Kaiser) … and that kind of thinking led me to think of other VIP inclusions the LCBO missed; in fact they could have made this an All-Ontario All-Star line-up – think of all the Visionaries, Innovators and Pioneers we have right here in our own backyard; for starters:

Cave Spring (Innovators in Riesling, Visionaries as early adopters of the Beamsville Bench)
Flat Rock Cellars (Pioneers in gravity flow wineries here in Ontario)
Vineland (the first winery to add an optical sorter to their production line)
Inniskillin (a no-brainer for their Icewines)
Stratus (like Tawse, a new player, but if we’re talking about the people behind the wines then certainly JL Groux would qualify)

There are so many VIPs right here in Ontario, but the LCBO chose to ignore them … could it really be as Konrad Ejbich wrote in a tweet last week, during #ONWineChat:  “LCBO profits more from foreign sales than from Ontario sales. It wants Ontarians to prefer foreign wines.”? ... It certainly looks that way.

I’m going to go calm down, but why not have your say on the Visionaries, Innovators and Pioneers of Ontario that you admire and respect on our FaceBook page.  Cheers.

16 Mile Cellars 2014 Renegade White … $15.00 (W)
www.16milecellar.com
In truth this is an unoaked Chardonnay masquerading as a potential white blend – usually names like this are associated with melanges, but this time that is not the case; here grapefruit and tropical fruit meld with melon notes for a bright, clean and juicy wine with a long finish.  Rating: ****

Chateau des Charmes 2015 Cabernet Franc, Estate Bottled … $14.95 (W)
www.fromtheboscfamily.com
I have high hopes for the 2015 reds, many may already be lauding the 2016s but having lived in Niagara through the summer of 2015, I know the heat was there to make really good red wine … Chateau des Charmes seems to be keeping my hopes high with their first Franc from the vintage. This is a pretty version with plenty of raspberry and floral notes on the nose followed up with a fruit forwardness on the palate loaded with black cherry, raspberry and a touch of tobacco leaf (a note I expect to find in good Franc). The first few sips seem overtly dry and show the need for time, but in 2-4 years that should round itself off into juiciness.  Rating: ****

Creekside 2012 Cabernet Sauvignon Reserve … $34.95 (W)
www.creeksidewine.com
Creekside has made quite a few HS (“Holy Shit”) wines from the 2012 and here is the latest and possibly the last, and it’s a doozy. 32 months (just shy of 3 years) in oak, of which 11 barrels were chosen for the final blend and bottled August of 2015 – and there it rested till now. The result is a powerful Cabernet that’s big, meaty and oak driven but with so much spice, cassis, blackberry, mocha and more waiting in the background for its moment in the sun – the finish has big tannins, black pepper and great acidity for balance – and the linger of cassis, blackberry and baker’s cocoa on the tongue will keep you coming back for more. This one’s a bruiser, but one that’ll stand the test of time … hold 2-5 years, drink 2020-2030. Rating: **** ½+

Henry of Pelham 2014 Family Tree Red … $18.95 (W)
www.henryofpelham.com
This kitchen sink blend has Syrah, Merlot, Cabernet Franc and Sauvignon plus an element of Baco Noir in the mix … as much as I disapprove dumping the Baco in it does not detract from the blend: it’s peppery and spicy, has plenty of black fruit, like cassis and black cherry and there’s also some mid-palate richness that makes it quite enjoyable.  Rating: ****

Redstone 2013 Cabernet Franc … $39.95 (W)
www.redstonewines.ca
A lot of 2013 wines seem a little thin to me, but this one has something that really sparked my interest; there’s a raspberry-smokiness from the outset with a sweet red fruit middle that shows cherry-tobacco along with vanilla and cinnamon before finishing with spice and balancing acidity … throughout it’s the raspberry and cherry that develops a mid-palate to finish seam that really makes this wine a winner.  Rating: ****

Trius 2015 Gamay Noir … $16.95 (W)
www.triuswines.com
I thought the 2014 was good, the 2015 is better, with this second incarnation of their Gamay under the Trius label. Craig McDonald really put some thought into this one with 33% of the wine going into stainless steel; another 30% spending 8 months in standard-sized oak barrels, and the last 40% going into large format oak barrels … with all that goes into the making the result is a delight: raspberry and cherry on the nose with a red fruit palate loaded with cherry, raspberry, a hint of smoke and some anise for added complexity – what a great job, the only question is, how does the ’16 improve on this … we’ll have to wait and see.  Rating: ****+ 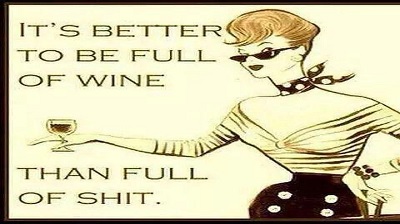