WineReview:  A Man I Never Met

On November 22 Ontario lost an icon, Karl Kaiser, co-founder of Inniskillin, of complication following a stroke – and while Donald Ziraldo (co-founder) became the international face of Canadian wine the man behind the man was Karl Kaiser.

When my interest for Ontario wine began to blossom in the mid-90’s Karl Kaiser had already been making wine at Inniskillin for over 20 years; I visited the winery plenty of times, but never caught sight of him … and why would I, I was just a customer coming in to taste and buy to satisfy a new found passion for wine and learn all I could about what I liked in Ontario.

Years later my passion for wine turned into a career: I wrote, tasted and visited wineries “for a living” and yet I never met Karl face-to-face – on the other hand, Donald Z. was no stranger to me with the occasional phone call to discuss or debate an issue, but Karl remained a quiet, elusive mystery to me.

Fast forward to as recently as a year ago when Andre Proulx and I were knee deep in podcasting and putting together our Legacy Series wish list of the most influential wine figures in Ontario – of course Donald Ziraldo was on the top of our list, but right behind him was his good pal Karl … repeated efforts to get him to sit down with us went either unanswered or, as with our most recent attempted, turned down (speculation by some folks I spoke with said it was for health reasons).  But icons live forever; we’d catch up with him another time, right?

I came to learn that Karl was a fiercely quiet and private man – and he earned that right. So maybe we wouldn’t get him to sit down with us to tell his story – we could always hope he’d come around … Now we can’t. As it turns out icons don’t literally live forever.

Ever since his passing a lot has been written about Karl, his legacy, his contribution, his philanthropy, his passions, his family – Karl was loved, admired and respected, there have been many glowing words used to describe Karl Kaiser; even my colleagues of a certain age all have a story about the man, and have shared them in their own way on social media and beyond; I lament that not only do I not have a story, I never will.

I never met Karl Kaiser, never shook his hand, never spied him from across a crowded room, but I drank plenty of his wines, and sadly, while he was alive I barely gave it a second thought – but he inspired countless people to take up winemaking in Ontario, he was a visionary who saw grapevines where others saw apples, pear and peach trees, he helped give rise to a wine industry in Ontario and watched it blossom and grow – and while I never met him he managed to inspire me as well, he inspired me to love wine, and in particular Ontario wine – because HE shared his vison and passion I am able to share mine … with his passing the landscape of Ontario wine has forever changed – one of our leading pioneers is no longer with us to help guide us and shape us, we no longer have his experience to fall back on.

I never met the man, but he inspired me all the same and because I never had the honour I am a little poorer for the non-experience … but I hear stories, I taste wines, and I feel I knew him … and although I never met him, he left a lasting impression on me and all Ontario wine lovers through his life’s work.

RIP Karl … thanks for everything you did.

Creekside 2015 Syrah, Broken Press - $55.00 (W)
www.creeksidewine.com
It’s seemingly unfair that Creekside can continue to make Syrah this good – and with Broken Press they’ve even added a touch of Viognier (3%) for extra depth and layering.  This all Queenston Road vineyard fruit, 23% new oak of both Hungarian (23%) and French (77%) origin … Only 300 cases are produced. This wine plumbs from deep within with floral, spice and white pepper – it’s elegant and spicy while maintaining a meaty note on the backend, reminiscent of salami (cool!) … the finish continues to layer in flavour with blackberry, cassis, black cherry and an even longer linger that packs in spiced raspberry and cherry. Really good.  Price: $55.00 – Rating: **** ½

Creekside 2015 Syrah, Unbroken Press – $55.00 (W)
www.creeksidewine.com
This 6 barrel, 100% Syrah is aged in a blended mix of barrels: Hungarian and French with 17% new for a full 20 months and all the fruit comes in from the Queenston Road vineyard … wow, that’s a mouthful to try to remember – but not as much as the meaty mouthful this wine packs. The aromas are smoked meat while the palate is almost chewy in texture with lots of cassis and spice lingering long after the last swallow. Another Syrah gem from the folks as Creekside.  Price: $55.00 – Rating: ****+

Konzelmann 2015 Merlot Reserve - $29.95 (W)
www.konzelmann.ca
Here’s a Merlot with a bright future: on the nose there’s a touch of plum, blueberry and black cherry … and while the wine spends time in both small and large barrels made of French oak it’s the fruit that really shines through. Palate displays cassis and mocha along with smooth/silky tannins and gobs of juicy velvety fruit – this Ontario Merlot could almost be mistaken for Californian if you’re not paying attention … there’s even some aging potential under the hood, hold 5+ years.  Price: $29.95 – Rating: ****

Wayne Gretzky 2015 Red, Estate Series - $29.95 (W)
www.waynegretzkyestateswines.com
Twelve months in American and French oak sounds pretty typical when discussing a red blend, even when it’s 35% Cabernet Sauvignon, 25% Cabernet Franc, 20% Merlot and 20% Syrah, but 2015 was a good year, which means everything ripened and worked well together to bring us black cherry, smoky-peppery nuances throughout along with smoked-cranberry on the lush finish. This is one of Wayne’s best wines from the ’15 vintage.  Price: $29.95 – Rating: ****

Wayne Gretzky 2015 Shiraz-Cabernet, Estate Series - $29.95 (W)
www.waynegretzkyestateswines.com
When it says Shiraz-Cabernet on the label you assume they mean Cabernet Sauvignon, but here both Sauvignon and Franc make an appearance (38% in total) … aged 20% in new barrels with a 50/50 split between American and French … smoky and peppery notes kick things off while cassis, herbal, mocha, raspberry and black cherry all come to the party – this is a lovely layered affair with a long finish you won’t soon forget.  Price: $29.95 – Rating: ****+ 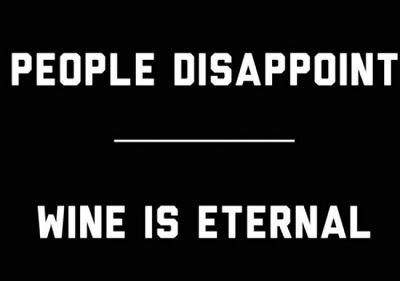