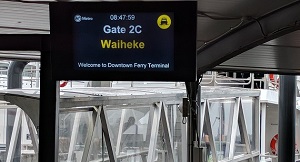 (January 4, 2018) … As a “tropical storm” lay off the coast of the North Island and a coastal flood warning in effect for the evening we ventured out to Waiheke Island for a “quick” day of tasting – quick because we wanted to beat the on-coming storm before it beat us.

Our scheduled appointment was with Stonyridge, but we found time to kick things off at 11am at Tantalus, a winery planted to mainly reds varieties with Merlot being the dominant one, but Syrah places a very close second.

Greeted by David Jackson (General Manager) and Martin Pickering (winemaker) we began the “formal” part of the day on a low leather two-seater couch, so let’s call this an informal, yet very informative, tasting. Stonyridge is a dry-farmed vineyard planted in 1982 – the grape that dominates here is Cabernet Sauvignon which is the hallmark in their LaRose blend. 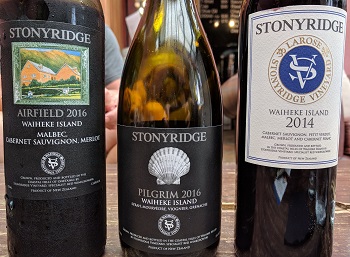 Lunch was a gorgeous display of modern meets classic as Tuna Sashimi, Housemade Cannelloni and Dark Chocolate Mousse all landed on the table - below is a shot of just one. Goldie Wines …
The first winery to grace the island was Goldwater Winery (est. 1978), today due to a number of happenstances it’s called Goldie and is no longer owned by its original founders. 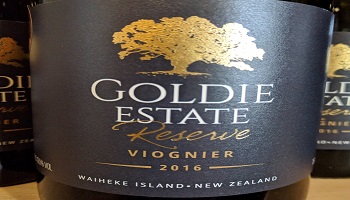 Mudbrick Vineyard …
An interesting, if not confusing place, that’s poorly signed for direct access to their tasting room – especially so for when it’s raining. A lack of Waiheke product (due to its popularity is sold out) meaning only a few were available for tasting, but Fiona guided us through the estate wines while deftly slipping in some non-estate stuff like the Hawkes Bay Syrah, which she paired against their Waiheke Syrah – so of course I just had to taste the difference. 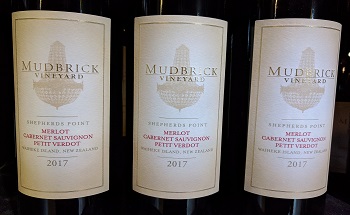 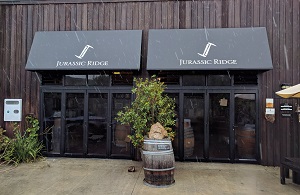 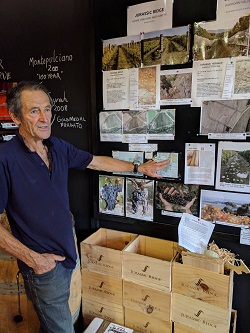 Ending with the much lauded Jurassic Ridge, which earned high praise from fellow Waiheke winery principles who insisted we must go – and so we did. Lance Blumhardt (owner / winemaker) has a like-it-or-hate-it arrogance about him, he knows what he likes and what others should like and is not afraid to speak his mind and make his opinions known – you just have to respect that.

Looking for true Waiheke Island wines? Look for this symbol on your bottle. 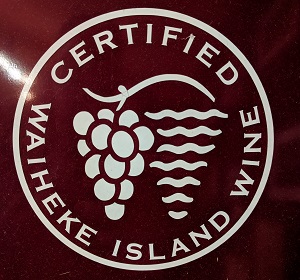