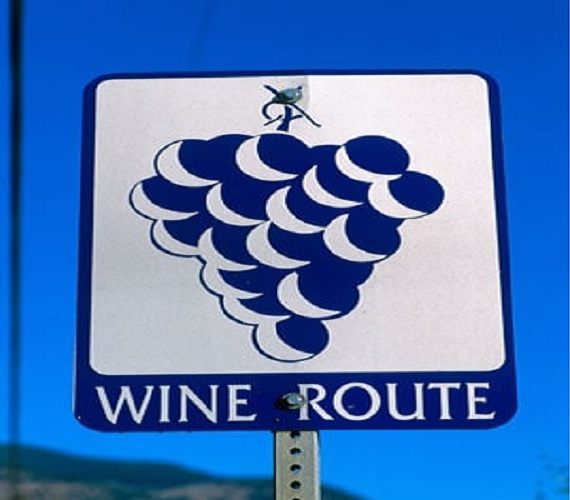 I like to wait till I get enough British Columbia wines so I can release them as their own “report” – here I have 46 BC wines from 29 wineries that really are worth picking up (many I tasted during my judging at the All Canadian WIne Championships back in July.  Also included is a lone Nova Scotia wine, I really had nowhere else to put it so here it sits ... here's hoping I get to taste more wines from that province, then they'll get their ow report.  Enjoy. 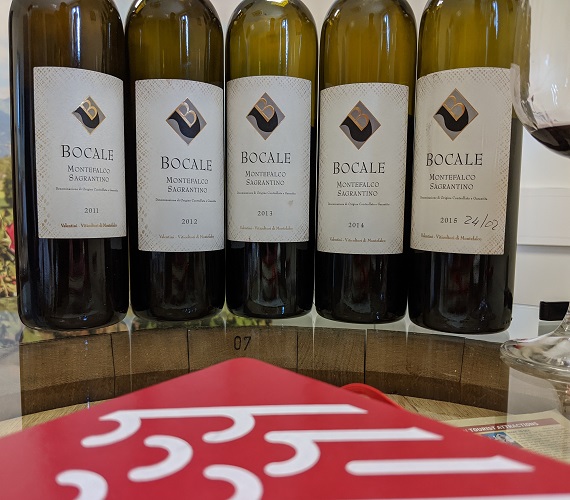 (February 25, 2020) … The meeting at Bocale was with Valentino Valentini, former mayor of Montefalco, who was an absolute wealth of knowledge, not just about his farm, but about the area – just what you would expect from a former mayor.

He talked about the land, the region and the area with passion, he also pointed out, from his veranda, the Umbrian area and all its agricultural beauty: to the east is Trevi, known for its olive oil; Norcia, to the south-east is all about ham and truffles; Montefalco, the west valley, is wine. He also talked about the traditional location for the grapes: Trebbiano is the grape of the valley, while Sagrantino is the grape of the hills. And when it comes to harvest, which runs traditionally from late September to late October, the grapes come off the vines in the following order: Merlot and Colorino, then Sangiovese, followed by Sagrantino and finally the Trebbiano Spoletino …  it is the last white to come off the vine because of its late flowering.

Bocale is a 10 hectare farm on which six hectares of vineyard are planted: Sangiovese (2 hectares), Sagrantino (2 hectares), Colorino and Merlot (0.5 hectares) and Trebbiano (1.5 hectares). The farm has an interesting history dating back to 1926 when Valentino’s grandfather and grandfather’s brothers started farming on the land, mainly wine and oil, in Montefalco; but they were forced to stop in 1964 due to the post-war countryside and economic situation they decided to emigrate abroad. Valentino’s family ended up moving to Switzerland where he was born.

In the '90s they (Valentino and his brother) decided to restart the company of his grandfather and with the help of their father (Ennio) they got it back up and running and when coming up with a name thought that the family nickname would be a great tribute to the past, Bocale.
Replanting started in 1999, and within three years they had replanted the vineyard with a new concept and investment in native grapes of the area. Bocale, the company, officially started in 2002 and made its first harvest in 2005. Today the winery is solar powered and has not bought electricity for the past 10 years. their production is about 35,000 bottles per year, and they export 70% of their production – including to 15 states (USA) – no mention of Canadian distribution.

Through the years the wine style has changed, which can be said for much of the Italian wines from Tuscany and Umbria. In 2009 the winery was using 100% French barrique (small 225L barrels), but over the years they have learned that too much oak is imparted into the wine using this method, which can bury the flavours and make the wine aggressive for too long. So they are slowly transitioning to larger barrels and by the release of the wines in 2020 there will be no barrique used in the making of their Sagrantino and potentially (hopefully) all their wines ... The French part of the oak still remains, but the barrels themselves are made in Italy – call it pseudo-local.

Today's tasting was all Sagrantino Montefalco – a vertical of 5 years: 2011 to 2015 ... which illustrated why the transition from barrique to large cask was a good one.

2011 ... all barrique aging ... rough and rugged tannins, the most predominant note smokiness with little to no fruit in sight - this wine was tough and mostly undrinkable (fruit is buried in oak and by the time its ready to show, the wine might be too old). 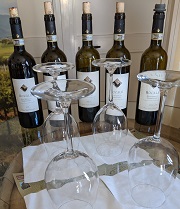 2012 ... 70% barrique / 30% large 1,000L barrels ... the wine showed more fruit and a subtle softness (but then after the 2011 anything would have been softer) - the tannins still show a ruggedness and the finish is a little on the hard side. The question is, what will give up first? The fruit or the wood tannins.

2013 ... 50/50 barrique to 1000L barrel ... there is a suppleness to this wine, the black fruit seems to dominate, and while the tannin still play in the mix they are noticeably less aggressive.

2014 ... 30% barrique / 70% large 1000L barrels ... 2014 is considered the toughest vintage in recent memory throughout Italy, that makes for a lean wine to begin with; it's an anomaly in this tasting, so it's harder to judge whether it's a vintage or the winemaking style that contributed to its outcome (but the lesser the wood intervention can't hurt in this vintage): the wine is softer, gentler and more drinkable right now with a good tannin backbone that does not interfere with its enjoyment. Drink now.

2015 ... First vintage with 100%, 1000L French oak barrels ... What a difference. Dark, jammy (or almost jammy) fruit with vanilla, and cinnamon, nice spice on the mid-palate with subtle oak influence on the tannins. This is a more fruit forward affair than any of the previous vintages, but those tannins are definitely still there giving it backbone, structure and longevity.

It would seem that Bocale is on to something (as is the rest of the region / producers)  who are backing away from smaller barrels and letting their wines breathe in large oak casks.

Final note, for those interested … the brothers decided to use the family nickname as their moniker: Bocale is a word that is derived from the local dialect, it means a "2L jug / or mug" (usually of wine or olive oil). When it comes to the 2015 Sagrantino Montefalco, I'll take a bocale of that please. Cheers!