2007 Cabernet Franc ... The Franc was somewhat of a let down, it's thin with dried cherry, some raspberry,  and a little peppery goodness; but it's the acidity that takes over a bit and then there is this sour component that ends up taking over the wine maybe a little more than it should. This is not a wine I would want to come back to.

2010 Meritage ... This red blend on the other hand seems to over-deliver, and I somehow remember winemaker / owner Bernie Gorski saying it might just be the best wine he has ever made, and I don't think he's far off with that assessment: smoked blackberry, dried cassis, and dusty black fruit throughout; the finish has a smoky linger and the acidity is still there to clean it all up with tannins that are still in existence and persistent, but don't get in the way.

Another easy win for one wine over another, here it's the Meritage by a good four lengths. 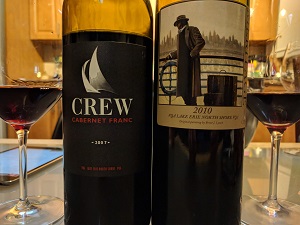 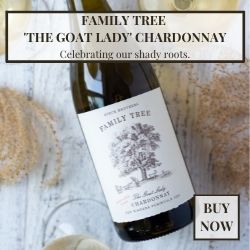