(October 9, 2016) ... Canadian Thanksgiving and I decided to buck the trend and drink things other than Canadian wine, blasphemous? Maybe, but let's give thanks to the other regions of the world making (hopefully) good, age-able wine.

Mitolo 2008 Jester, Cabernet Sauvignon ... Many still think of Australian wine as strictly Shiraz, but this 8 year old Cab proves differently: pure eucalyptus, sweet plum, Christmas cake, cinnamon and chocolate-cherry kirsch; a total pleasure on the palate, and the nose was nothing to sneeze at either. 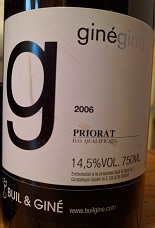 Buil & Gine 2006 Gine Gine ... Spain makes some really interesting wines, and when aged can bring great things to the table. Here dried plum and black cherry mix with hints of cedar and bitter dark chocolate on the finish. 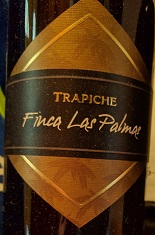 Trapiche 2007 Finca Las Palmas Cabernet Sauvignon ... I'm happy to report that this Argentinean Cab also showed wonderfully well: cassis, blackberry, with a bit of that foresty-floor; plus Baker's cocoa, white pepper, and black licorice came through on the finish. 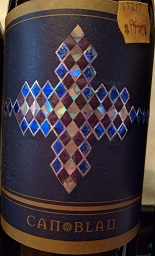 Can Blau 2007 ... A blend of 40% Mazuello, 40% Shiraz and 20% Garnacha from Spain, it was the weakest of the four wines tasted this evening but still drinkable: earthy and slightly peppery, but mainly silky and smooth with dried red berries on the mid-palate.